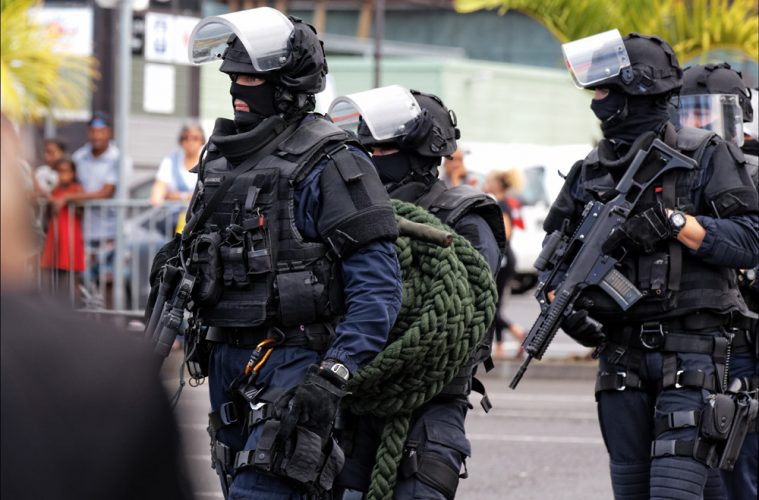 Armed police officers surrounded a Worcestershire town on October 19 to tackle a vulnerable man that threatened to injure himself with an axe.

The police arrived at the residence located on Load Street in Bewdley in 14 police vehicles at about 4:40pm.

Firearm officers were deployed to the place to provide protection for other local residents, as the police reportedly tried to access the property housing the vulnerable man on Load Street in Bewdley.

According to eye witnesses, the police eventually backed out at about 5:40pm and then left the scene about an hour later. No one was reported at the incident, as the few remaining officers finally left at around 6:10pm.

A local resident, Chris Wood from Bewdley town said the police attempted to force their way into the building with door breakers, and most of them were stationed around Le Petite Cafe and Chills, opposite Tesco.

Mr. Wood, 52, said he was having a drink with a friend in the local Archers pub when police cars suddenly showed up with sirens whirling loudly. He added that the officers had machine guns and there was another armed car in addition to a dog van that turned up at the scene.

Wood expressed surprise that such an incident was happening in the town shortly after one that involved an escaped bull earlier in the week.

He recollected that 10 police cars and an armed response team show up at the scene of the bull incident. The law officers eventually shot the bull.

Mr. Wood wondered why the town witnessed two incidences within a week.

Another local resident reported that eight police cars and four armed response vehicles turned up at the scene. The vulnerable man was said to have exited the building, abandoned the axes and was later discovered at about 10:15pm.

The man, however, was not arrested, as his action was not considered a crime, according to the police.

The incident also involved a search helicopter, a dog van and other police vans reporting to the scene. The bridge was shut down, along with the adjacent High Street sandwiched between Redhill and Load Street.

The police were also reported to have told the people to back away to a safe distance from the scene.

A spokesperson for West Mercia Police department said there were concerns over the safety of an individual.

The spokesperson added that the police was informed of a case regarding a vulnerable man at a private residence who was threatening to inflict injury on himself.

The police mouthpiece said the report to the police indicated the man was armed with two axes inside the private building.

He said the dangerous items stayed within the building all through the period of the incidence and there was no proof that suggests they posed a threat to the larger community.

Police Superintendent, Kevin Purcell stated that the matter was resolved in the evening of the same day (October 19) and that no one suffered any injuries. He informed that the police partnered with sister agencies to ensure the man in the centre of the incident gets full support.