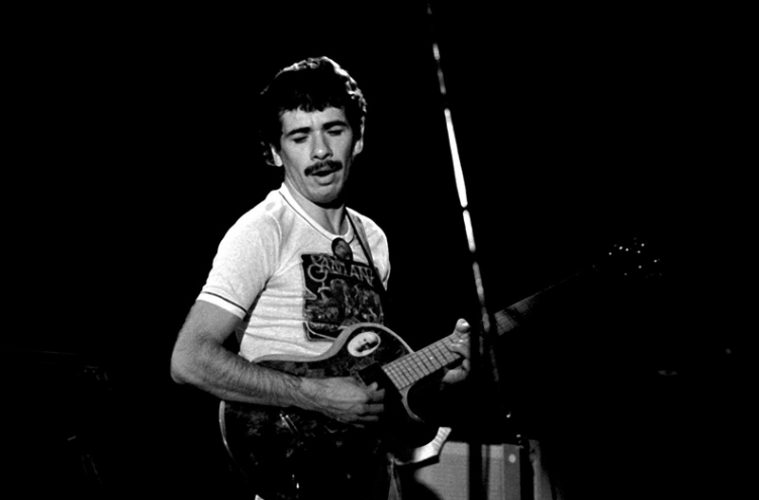 Oye Santana presents 40 years of stellar hits from the legendary Carlos Santana.  Corazón Espinado, Maria Maria, She’s Not There to Smooth, Dance Sister Dance, Oye Como Va via Carnaval and Black Magic Woman are just some of the hits you will enjoy during this event. Each hit is played to perfection and you can feel the power and passion. You may have to remind yourself that you are not watching a live premiere!

Powerhouse brass, high quality vocals, keyboard mastery, guitar wizardry: all of these will be on display on that night.  The night is bound to be as exciting as Carlos Santana was in his early days.

“A magnificent night of music”, “A stunning performance” and “An amazing atmosphere” were some of the words used to describe the last Oye Santana event. There is no reason why the upcoming event won’t be even better.  It is bound to be a fun night of laughter, singing and dancing for all fans of the legend.

Carlos Santana is a Mexican award-winning guitarist and the leader of the band Santana. The group’s music is a blend of blues, salsa, jazz, Latin-infused rock and African Rythms.

Carlos Santana was born on July 20, 1947 in Autlan de Navarro Mexico from where he moved to San Francisco in the early 1960s.  The Santana Blues Band was formed in 1966. The band signed with Columbia Records under the name Santana with Carlos as the face. Between 1970s and the early 80s, Santana released a selection of successful albums such as Abraxas, Lotus and Amigos. In 1999, he put out the Grammy-winning Supernatural. In 2009, he received a Lifetime Achievement Award at the Billboard Latin Music Awards. That year saw the launch of his music review known as Supernatural Santana: A Trip through the Hits, at the Hard Rock Hotel and Casino in Las Vegas in the same year.  He kept his music on the road, with numerous tour dates every year. In 2013, he was awarded the Kennedy Centre Honours.

Carlos Santana largely lived in Marin County California with his family of three children (Salvador, Stella, Angelica) and wife Deborah, whom he married in 1973. They divorced in 2007, on the grounds of irreconcilable differences.  In July 2010, he got engaged to Cindy Blackman and they married in December of that year.  Cindy was a member of his band and worked with Lenny Kravitz in the past.

Age: There are no age restrictions