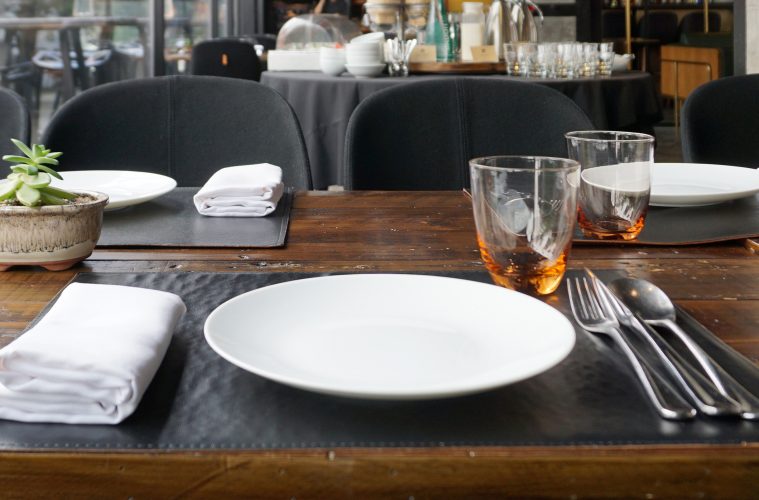 Birmingham has undergone major regeneration and investment over the last couple of years, and the foodie scene has played no small part in the city’s transformation. While it has always been justly famous for its curry houses, Birmingham is now attracting attention for its restaurants, cafes and gastro-bars of all descriptions, from unique independent businesses to some of the most respected chains in the UK.

There are places to eat to suit all budgets and occasions and you can get good innovative food on a budget just as easily as you can go for a special celebratory meal. While the changing face of Birmingham city centre has encouraged top restaurants to open there, it’s also true to say that local entrepreneurs and innovators have been the driving force behind Birmingham’s reinvention as one of the food capitals of the UK. Birmingham still sits as the most expensive place to buy property and retail space in the Midlands, but the rising use of self-storage by small businesses has helped to facilitate the establishment of their place in the city. Renting remote storage space for business storage is smarter than keeping your items on-site. Working in a cluttered office space can decrease productivity and make for an unsafe working condition

Knowing there is a range of good places to eat out is going to be a major factor in attracting investors, talent and business to a location, and a healthy culinary scene is often indicative of the health of a city economy. So what examples of Birmingham’s rise to stardom can we see specifically?

The Ivy on Temple Row represents an important stamp of approval from one of Britain’s most recognisable high-end restaurant brands, but let’s not forget that Birmingham’s fine dining renaissance started at home. Adam’s Restaurant opened in 2013 and is now widely recognised as one of the top fine-dining venues in the UK.

Michelin-starred Adam’s (named for owner Adam Stokes) isn’t cheap, but it is unique, offering high quality food combinations that you won’t find anywhere else. Visitors to the restaurant on Waterloo Street can choose from the three-course menu, the lunch menu or the extravagant tasting menu, which allows you to sample a little bit of everything over eight courses, each served with an appropriate glass of wine.

Elsewhere, Purnell’s Bistro is an award-winning restaurant and cocktail bar that prides itself on mixing traditional, rustic British fare with exotic ingredients. Chef, Glynn Parnell, is another of the original innovators and tireless champions of Birmingham’s new food culture, and his cooking and presentation combines style, quality and a sense of humour. Carter’s, run by Brad Carter, is another high-end restaurant in the city, one that focusses on using high-quality British ingredients to create stunning meals.

Out in Edgbaston, Simpson’s is another Michelin-starred restaurant that is a long-term favourite for those in search of fine dining. This is especially true in the summer, when the Georgian guest house and grounds really come into their own: perfect for a long, lazy lunch.

For something a bit lighter, Gaijin Sushi on Bristol Street offers the best sushi in the city by far. Gaijin means outsider, but while chef Michal Kubiak is Polish rather than Japanese his sushi and sashimi is mouth-watering and authentic. Look out too for Original Patty Men in Digbeth, a fun street food joint for burgers and beers with a kick, and Zindiya, for Indian street food with a playful twist.

Tradition with a twist

The competition for the title of Birmingham’s best curry emporium is always going to be fierce, but recently a new category has emerged, of pricier fine-dining restaurants that put a modern spin on the traditional Indian menu. Indian fine dining in Birmingham was pioneered by Lasan, which is still going strong. For beautifully prepared and presented food that’s very reasonably priced, you won’t get much better. The décor combines traditional touches with contemporary chic. At a slightly higher price range, Opheem, from superstar chef Aktar Islam, combines Indian food with a high-end restaurant experience, as traditional Indian meals are reinvented in a seriously stylish setting.

Aktar Islam has also lent his magic touch to the world of Italian food, coming up with Legna, a high-end pizza and pasta restaurant that is both timeless and cutting edge, in a warm and welcoming rustic setting.

Basically, whatever your preference there’s an eatery in Birmingham that will both surprise and delight you. All tastes and budgets are covered for, and if money were no object you could eat out every night of the week for a month without experiencing any drop in the quality of the dishes.